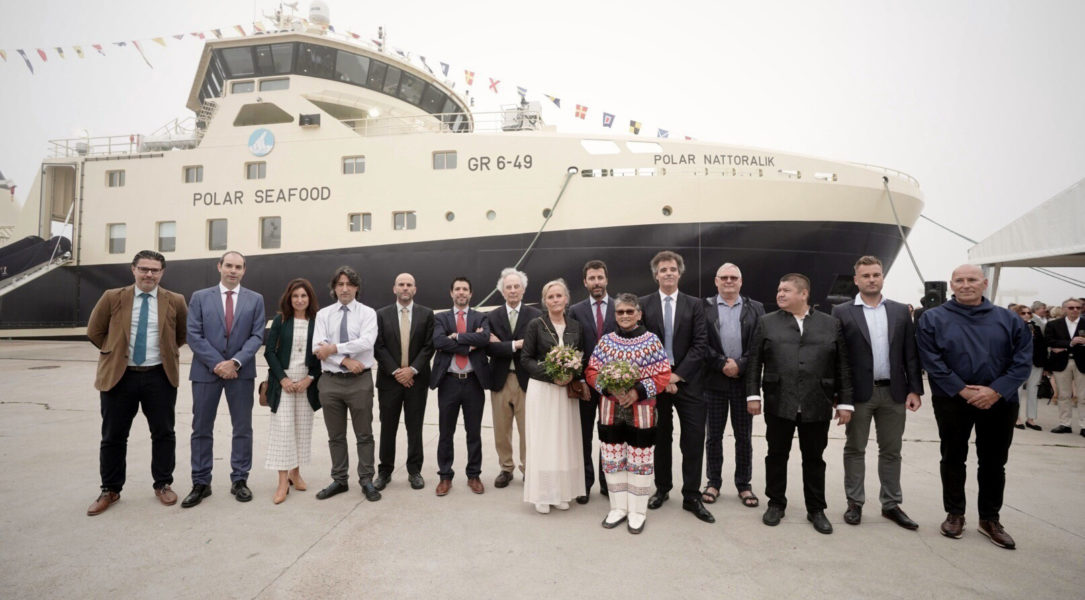 This 80 m long vessel had been officially delivered at the yard premises in Vigo on the previous day and on 19th September, the naming ceremony took place at Vigo port to which various representatives of both, yard and owner attended. She is the second to be named of the two modern state -of the- art identical stern trawlers fitted with the latest equipment available, built to catch shrimps in the Arctic; the first one “Markus” had been delivered last February also in Vigo.

The Management of the shipyard is very pleased with the result of these vessel which has helped Freire strengthens its worldwide status as shipbuilders of fishing vessels with a highly technological added value. One of their most important characteristics is their high level of automatization and efficiency in terms of fuel consumption.