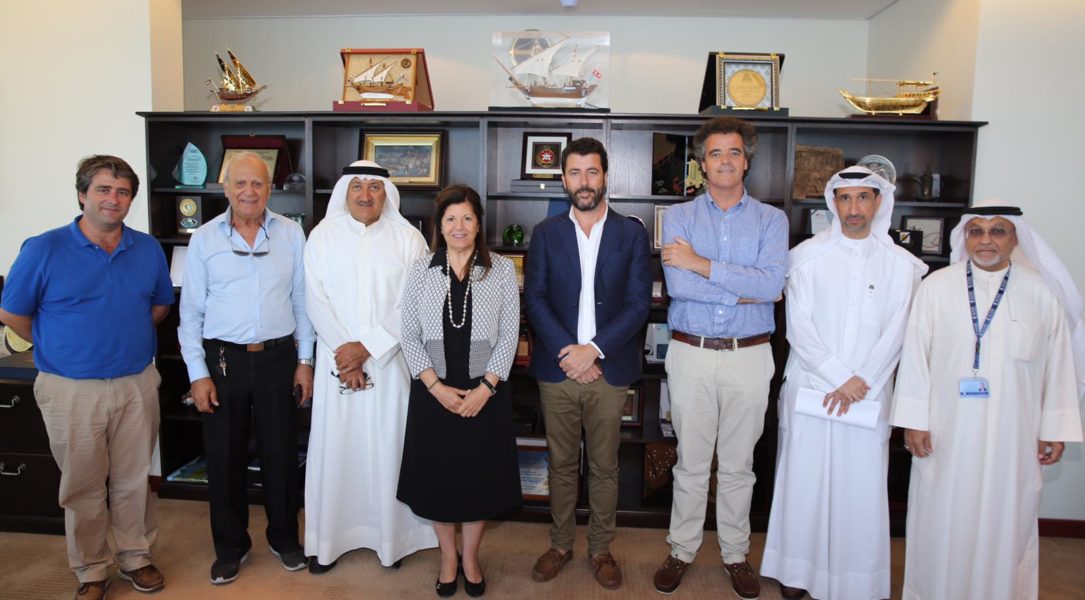 Last July 15th, the multipurpose research vessel AlMostakshif (Newbuilding number 719) commissioned by shipbuilder Kuwait Institute for Scientific Research (KISR) in February 2017 was delivered in Kuwait to where Freire´s general managers Marcos Freire and Guillermo Freire travelled for the said purpose. The ship, launched in September 2018, had left the port of Vigo earlier, on June 20th when she started her voyage to her base port in Kuwait.

The AlMostakshif is a 55.58 m long and 12 m breadth multidisciplinary oceanographic vessel that can accommodate up to 28 people. With a maximum speed of 14 knots, the vessel has been designed to carry out scientific missions of diverse nature both in the fisheries and oceanographic field as well as in the hydrographic field in the Persian Gulf, Arabian Sea and Red Sea areas. She is arranged with various laboratories such as chemical, fishing, acoustic equipment and biophysical labs as well as a wet laboratory, all equipped with modern research and acoustic equipment.

Due to the area where she will operate, special care has been taken during the design in the choice of refrigeration equipment.