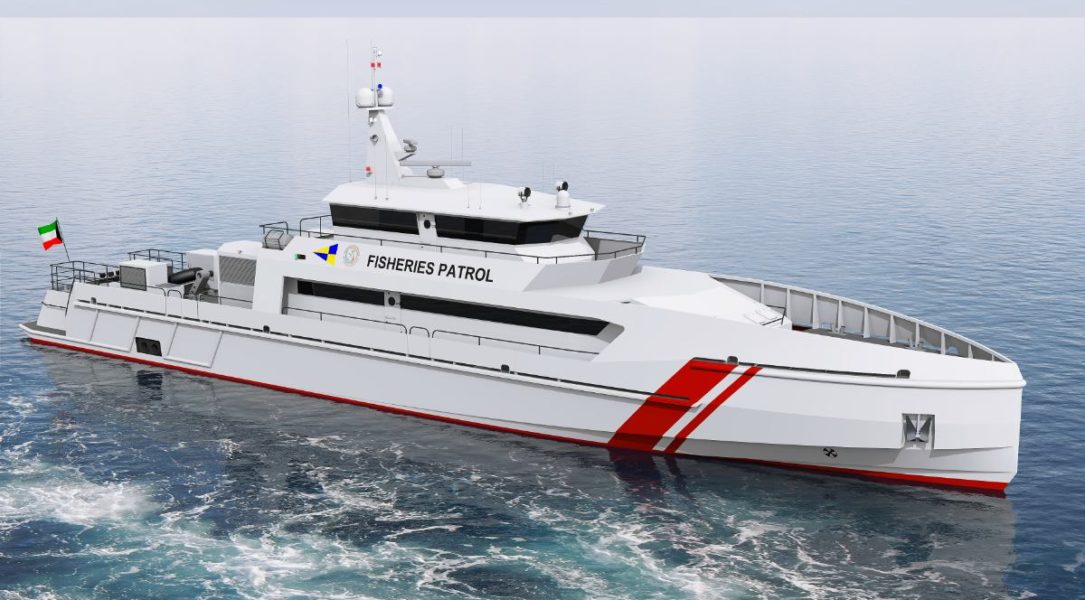 The contract of this patrol vessel came into force in February 2018 and the vessel is scheduled to be delivered in fourth quarter of 2019. The vessel is intended to give support to the Marine Surveillance Department of Kuwait to patrol the local sea to spot fisheries illegal activity, to give support to other small patrol boats´ needs and to carry out search and rescue operations.

This new vessel, able to sail at over 30 knots will be fitted with 2 x 2.880 kW engines and fixed pitch propellers. Exceptional seakeeping capabilities will be achieved thanks to double chine hull design. She will accommodate 16 crew members and will count with 7m RIB located aft with transom gates.

The shipyard has a long and vast experience in patrol vessels, they built and delivered, among others, a series of 3 modern patrol vessels “Alborán”, “Arnomendi” and “Tarifa”, for the Spanish Government and being operated by Spanish Navy and later on a similar made-to-order vessel “Anna Kakurukaze Mungunda” for the Ministry of Fisheries and Marine Resources of Namibia.