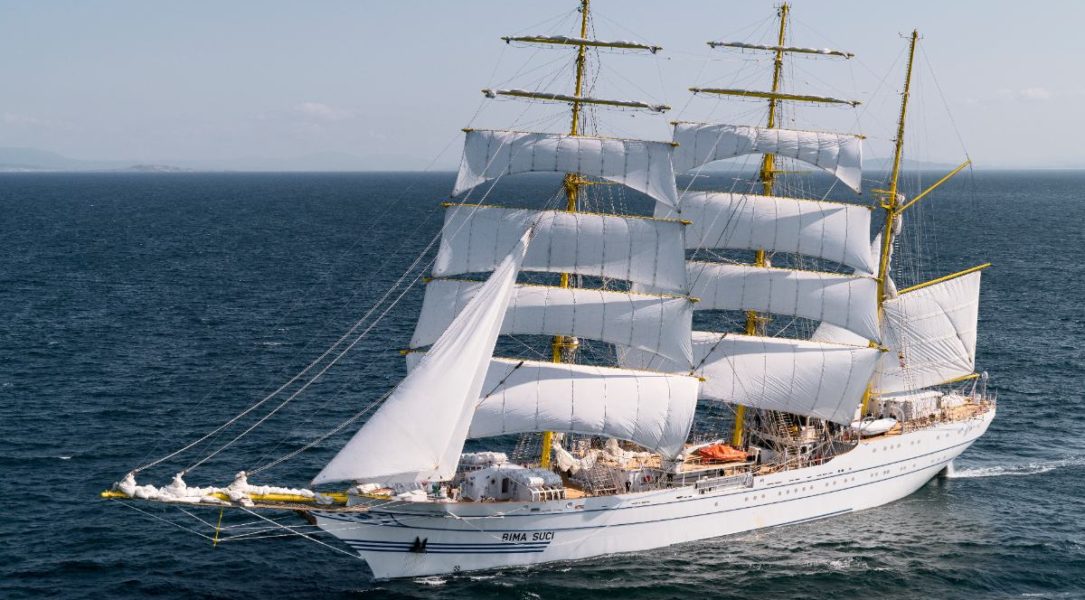 1 October, 2017 Comments Off on Sail training ship for Indonesian Navy

Delivery of vessel KRI Bima Suci for the Indonesian Navy

In September 2017, Freire Shipyard delivered the vessel KRI Bima Suci, a 110 m. sail training vessel for the Indonesian Navy which can carry up to 120 cadets per training mission.

This is a three-masted Bark Rigg Ship planned for world-wide expeditions, except polar areas.

She is fitted with a luxury ambience in the reception rooms to carry out diplomatic missions, high standard interior for the officers and good training ship standard for the crew and cadets.

Freire Shipyard had been awarded the contract in 2013 after an international tender and the building contract had come in to force in 2015.